Sanctification: What and How 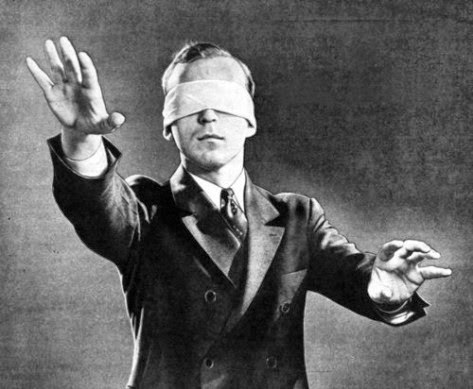 When it comes to sanctification, I think our differences with the traditional understanding are smaller than they might appear--at least in terminology and general idea. The means of sanctification is where there will likely be disagreement.

The concept of sanctification (or holiness) is multifaceted in the Bible. For instance, as you pointed out, sanctification can simply mean that I am set apart from the world at salvation. All Christians are sanctified and holy through faith in Christ (1 Cor. 1:2, Heb. 10:10). This is absolutely true, yet the Bible also speaks about sanctification in other ways, such as the task of making our actual behavior holy (set apart, different than the unbelieving world and in line with God's will). See, for example, 1 Thess. 4:1-8. So as long as both of these definitions of sanctification are being upheld, there should be no disagreement.

What sanctification is is one thing. The means for obtaining it is another. Regarding the first kind of sanctification we obtain it through faith alone in Christ at salvation. But what about the second kind? It is here that I find myself disagreeing with traditional interpretations.

Typically it is taught that when we become Christians we receive new natures, or the Holy Spirit/Christ/God comes and lives inside of us and automatically begins to change us from the inside out. This, in my opinion, is an unbiblical understanding of sanctification, though it has been preached for so long that it has basically become Biblical in people's minds. I personally can't find in Scripture (when considered carefully) anywhere that teaches sanctification is automatic and is caused by a new nature. This concept strikes me as magical. "I can give you no intelligible reason why I'm being changed, except that I have a new spiritual substance inside me." To be honest, I believe that almost all Christians who hold this view don't actually operate consistently with it, and will always look to other things to explain their sanctified behavior or lack thereof. While people say they have new natures, they will still say that they have to renew their minds, and that when they sin it is because their minds were not in the right place... which is exactly what I see the NT saying about the means of sanctification: it has to do with our minds being renewed, and our behavior follows our thinking.

I believe the Biblical means of the second kind of sanctification is by renewing our minds; that is, getting lies out and getting truth in, and then living our lives in the remembrance and consciousness of the truth. Walking by the Spirit means setting our minds on the things above. Walking by the flesh means the opposite: setting our minds on the old creation and how it functions apart from Christ. I'm not suggesting this is the only thing Christians need to consider and implement, but it is the foundational thing (as you've been hearing me say in my Galatians sermons). When I walk by faith in the truth, I put myself in a position to fulfill the will of God in my behavior. I can now hear all the other commands and exhortations and not be intimated or rebellious, and I have all the motivation I need to say no to sin and yes to what is proper. If, however, I attempt to fulfill those same commands and exhortations when I have a fleshly mindset, I will find myself anxious, rebellious, and will be defeated.

Christians agree on what sanctification is, but in theory we disagree over the means of being sanctified. But in practice I hear most Christians speak inconsistently with their new nature theory, hearing them basically attribute success or failure to the mind. I want to make the experience of all Christians explicit in theory, which will help them fight the right battle: the battle for the second kind of sanctification, which is waged in the mind.

I want to know your thoughts on 2 Corinthians 5:17, and on Romans 6 where it speaks of the old man and the new man. These are the passages that people use to promote the new and old nature theory. I fully agree, the mind is where the battle is fought.

What I see everyday here were I live, (among the chrestians) is just a declaration of faith (shows, music, big smiles) but in the real life, the same and old spirit unchanged.
And what is the most tragically think, no wishes to be different from the world.
This is what we find coming from another place of the world, were they have so many missions.
They evangelize but they don't live with faith.
My heart is so broke.
I have to be very careful and wise to keep my faith in God, to keep me away from false teaching ,to do my part .
God bless you and keep your life in His hand.