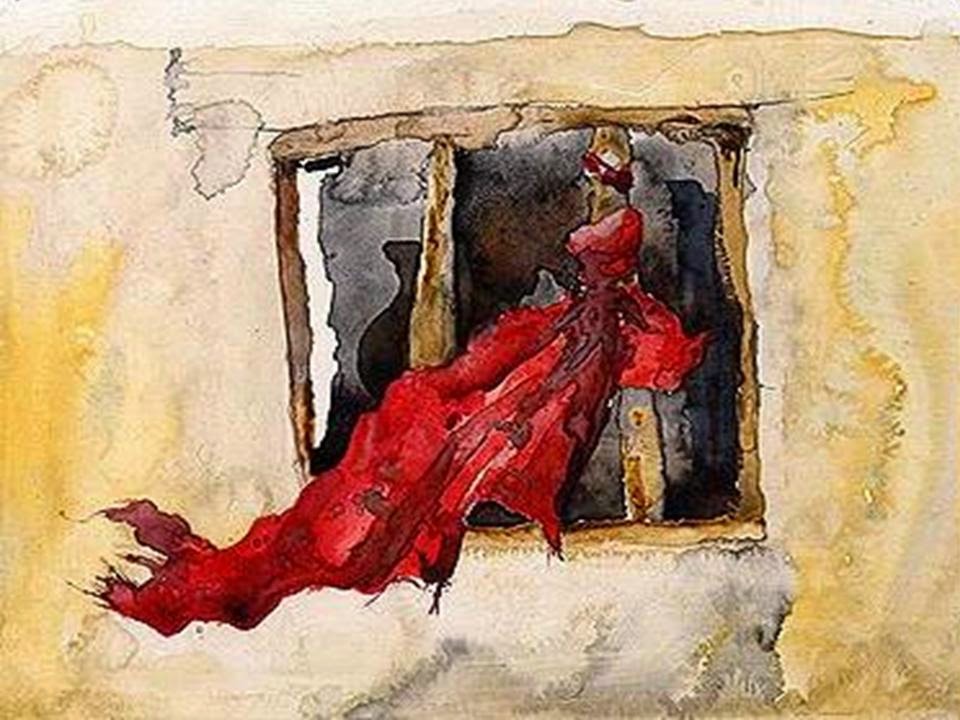 James and Paul have always been in agreement. It is their readers who wrongly pit them against each other.
Posted by Eli at 6:45 PM

Not so sure about this. James and Paul were not necessarily in agreement in Act 21:18-26. In fact, James implores Paul to prove he is following the law, so that the rumors about him negating the value of the law can be quashed. Paul then is instructed to make an offering at the temple.
Later, Paul seems to explain this action in a rather two faced way by saying that "To the Jews I am a Jew and to the gentiles I am a gentile". Put all this together and it would seem very likely that James sought to correct Paul's focus on dispensing with the law. Were this not so, why would James have made such a big deal out of wanting Paul to show that he embraced and followed the law of Moses?

Hi Anonymous, thanks for the question.

Paul and James stood together at the Jerusalem Council in Acts 15. The reason Paul had no problem with going to the temple and performing the rituals that he did in Acts 21 was because these were not being done to secure justification with God. James and the Christians at Jerusalem were Jewish and believed it was right for them to preserve the Jewish lifestyle, but not as a means of justification. Paul could bear with this. There is freedom in Christ to do many things or to not do many things (see Romans 14). One person feels it is right to keep the Sabbath; another person feels they do not need to keep the Sabbath. One person cannot eat pork in good conscience; another person feels the liberty to eat all things. These differences are permissible. What isn't permissible is to think these issues concern justification. That is when you cross the line.

So there is no conflict between Paul and James. The event you are pointing to had to do with issues of liberty in Christ, not justification. Paul would never have gone along with the Jerusalem Christians if what they were doing was a matter of justification.

Thank for your thoughtful reply Eli.
That said, it would seem you are using Paul to justify Paul here.

You claim that James and Paul are in line with each other and that neither man believed in a need to keep the law. However, this flies in the face of James words to Paul. Here is James quote from the book of Acts 21:

"And when they heard it they began glorifying God; and they said to him, “You see, brother, how many [d]thousands there are among the Jews of those who have believed, and they are all zealous for the Law; 21 and they have been told about you, that you are teaching all the Jews who are among the Gentiles to forsake Moses, telling them not to circumcise their children nor to [e]walk according to the customs. 22 What, then, is to be done? They will certainly hear that you have come. 23 Therefore do this that we tell you. We have four men who [f]are under a vow; 24 take them and purify yourself along with them, and [g]pay their expenses so that they may shave their [h]heads; and all will know that there is nothing to the things which they have been told about you, but that you yourself also walk orderly, keeping the Law"

There it is in black and white. James wanted assurances that Paul walked "orderly, keeping the law."

Just because Paul did not argue this point with James, but later argued with Peter, does not clarify this. Paul's argument with Peter came about because Peter was, in essence, being two faced. peter seemed to agree with Paul around the gentiles, when it came to circumcision, but would isolate himself from gentile practices when he was with the Jews. Paul simply called him out on playing both sides of the fence on the issues. That said, Paul and James are not involved in the same dynamic, as James is pretty clear about where he stands and what he expects. If anything, it seems that Paul is playing a game here.

To explain this one cannot simply use Paul as his own witness either. It would seem that Paul needs an advocate from another passage of scripture, but that gets harder to find as one looks at the growing divide between Paul and the ideas of James. If I am wrong, one has to contend with the fact that James quote above makes his demands for Paul to follow the law very clear.

One other point...
Paul was also being asked to perform a purification offering. This was in fact a blood sacrifice of involving doves, if I am not mistaken. At the very least, according to modern Christian understandings, this would have made Paul guilty of a heretical act. Blood sacrifice is anthem according to Christian teaching. How could Paul have just gone along with this?

Just look at James's words in Acts 21 carefully. There is no hint of a necessity to do those things for justification. James and the Jews believed that Jews should do those things, however, not to be saved, but because they were Jews and believed it was still right for Jews to practice in this way. Paul was more free in Christ than they were but respected the consciences of these men.