What Does "Jesus is Lord" Mean? 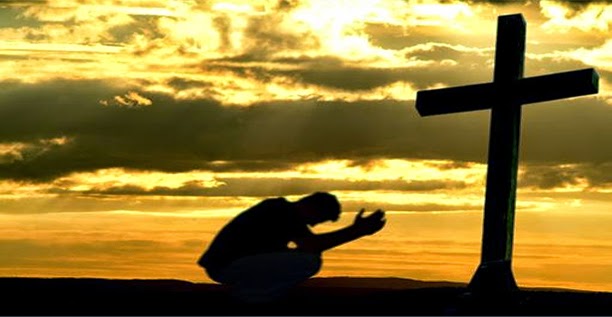 The following is a reply to a brother who asked about the meaning of the Lordship of Christ.

John Piper, in his book "The Future of Justification", has a helpful reply to N.T. Wright on the relation between Christ's Lordship and justification through faith. It's worth reading. He basically asks the question: "Why is it good news that Jesus is Lord?" This question puts the weight upon our understanding of "Jesus" in the statement "Jesus is Lord". What's so good about Jesus being Lord? Piper argues as follows: because the one who is Lord (the supreme authority) is the one who justifies freely by grace. Wright misses this and thinks that "Jesus is Lord" is good news without giving thought to the question Piper raises.

For many Christians, "Jesus is Lord" is something disconnected and separate from the gospel. We know that we are justified through faith alone, but what about Jesus being Lord? We acknowledge that He is Lord, but it doesn't mean much to us (perhaps because we aren't a monarchical society), and comes out in the wash as: "I should obey His rules because He's the king". This misses the connection His Lordship has with the gospel. "Jesus is Lord" is a wonderful and powerful truth because it is the gospel (a point Wright rightly emphasizes). It proclaims righteousness through faith because of our understanding of "Jesus", and for this reason only "no one can say Jesus is Lord but by the Holy Spirit." (1 Cor. 12:3) Now the Mormons, for example, say "Jesus is Lord" all the time, and try to obey his commandments, but because they don't understand who Jesus is and the salvation that He gives by grace through faith, they aren't really saying "Jesus is Lord". They known nothing of His kingship.

In Romans 10 I take note that the confession that "Jesus is Lord" is connected with what Paul said just a few lines earlier about "submission." Submission and Lordship are related concepts. Submission means subordinating oneself under another, i.e. a lord. To say "Jesus" is Lord is to subordinate oneself to Him with an understanding of who He is. Consider Lordship in the light of Romans 10:3-4:

"For, being ignorant of the righteousness of God, and seeking to establish their own, they did not submit to God's righteousness. For Christ is the end of the law for righteousness to everyone who believes."

Seen from this light, the old Lordship debate between MacArthur and Ryrie was all wrong. They both had an insufficient definition of Lordship. They both saw Lordship as disconnected and separate from justification, as something additional and other than faith in Christ. With this faulty definition, MacArthur proceeded to argue that a person needs both faith in Christ and submission to Christ's rules in order to be saved, and Ryrie proceeded to argue that a person only needs faith in Christ to be saved, and Lordship (i.e. submission to Christ's rules) can come later. They are both wrong about Lordship. Lordship isn't something other than faith in Christ and it is not separate from justification. The very essence of submission to Christ is submitting to the way of justification through faith! Thus MacArthur is right that in order to be saved we must submit to Christ's Lordship, and Ryrie is right that salvation cannot be conditioned upon obeying moral rules in general. Both are seeing something true, but the definition of Lordship is their problem.

Instead, we should understand that when a person puts their faith in Jesus Christ for their justification (Gal. 3:16), they, by doing that, are submitting to the Lordship of Christ who is the end of the law for righteousness. All Christians confess Jesus is Lord by the Holy Spirit. All Christians are saved by grace through faith alone, and this is their submission to the Lordship of Christ. It is failure to trust in Christ--failure to submit to righteousness by faith alone--that is stumbling at the stumbling-stone and rock of offense, ie. Christ. No amount of trying to submit to moral rules and saying with our mouths "Jesus is Lord" counts. Only the Spirit-wrought confession that Jesus is Lord, which is the confession of the true understanding of righteousness, counts.