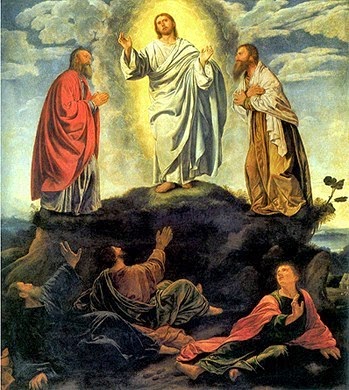 It seems the more I understand the Bible, the more I see that there is no conflict between law and grace. Law and grace are not boxing opponents, contending for sole authority in the ring. Nor are they like runners on a running-team, where the law runs first and then passes the baton to grace, after which law stops running because his turn is over. Law and grace are like two paddles on a rowboat. If you only have law the boat goes in left-circles, and if you only have grace the boat goes in right-circles.

"For I through the law am dead to the law, that I might live unto God." (Gal. 2:19) Through the law you died to it as a means for your justification, and to its obligations which held you in bondage to the necessity of seeking righteousness by it. It is not the law that is a curse, but it is being under the law - under the obligation to obey it for righteousness - that is a curse (Gal. 3:10). The law actually is a blessing when understood properly, in that it is a teacher, opening our eyes to see our sin and our need for Christ. The good purpose of the law is to make you die to it as a means for justification (something none of us are inclined to do). It is the law that teaches you this, so that you might live unto God. It is the ministration of death for all those who seek justification by it. By ceasing to seek justification by the law, and by seeking to be justified by Christ through faith apart from works, we are actually honoring the law and embracing it for what it is: the perfect righteous standard of God which shows us what goodness is, and which shows us that we cannot attain this goodness by our works. What an awesome thing the law is! It teaches us about righteousness, and points us away from ourselves to Christ!

This awesomeness and beauty of the law is what I see the Psalmist in Psalm 119 extolling. Psalm 119 should be the anthem of every Christian, even though that might at first seem strange. We tend to think that Christianity is about moving away from the law rather than to it. Indeed, we move away from justification by the law, but by doing this we are in fact moving toward the law. Throughout the Bible, God's complaint is that the wicked are refusing to listen to what the law is actually saying. Those who refuse to trust in God's salvation are those who are rebuked for refusing to hear the law of the Lord, for if they heard it they would immediately turn to Christ. We love the law because it is beautiful and because without it we could never know Christ and true righteousness. Without it we could never understand who God is. Christians do not choose between Moses and Christ; they choose Moses and therefore they choose Christ (John 5:45-47, Rom. 3:21).

Yet not only is the law beautiful and wonderful to the Christian, but the Christian can say, in a special sense, that he observes the law and runs the way of the commandments. This is the same way a Christian can say that he "does righteousness" (what is right). It does not mean that we do righteousness by our works, and it does not mean that we keep the law's commandments by our works. What it does mean is that we are in the way of the commandments when we are believing what the law says, seeing ourselves as guilty, and trusting in Christ for our justification. Since this is the purpose of the law (Gal. 3:21-24), anyone who has not fled to Christ is not listening to the law and therefore cannot say that they are observing the commandments. Those who think they are obedient to the commandments by their works, and those who think they can be, are not taking the law seriously. They accuse Christians of being antinomian and of not taking the law seriously, but the opposite is the case. We need to understand the phrases "I observe your law" and "I walk in the paths of your commandments" in another sense besides works. Isn't this obvious, since no one keeps the law by their works, and yet the Psalmist says these thing are true of him and others? Of course Jesus Christ can say these things according to His works, but we can also say them because we are in Him. It is not our works but our faith in Christ that enables us to say these things with Him. The Christian can say "I walk in the law of the Lord", not in the same way Christ can, but no less truly.

The most helpful clue is found in the prophets. Consider this major theme throughout the prophets, best encapsulated in Isaiah: "O my people, they which lead you cause you to err, and destroy the way of your paths." (Is. 3:12) Many readers think that what Isaiah means is that the leaders of Israel teach the people to sin and do bad things in their works (and there is some truth to this, especially in ancient Israel). But the essential thing that is missed by many is this: that the religious leaders of Israel continually taught the people that they were good and would have peace with God, despite the clear declarations of the law. "For they have healed the hurt of my people, saying 'Peace, peace' where there is no peace." (Jer. 8:11, 14:14-15, etc.) The leaders taught them that they were safe and pronounced blessings upon them from God. This was their serious sin. Only the preachers of sin and wrath, like Jeremiah, were taking justification by law seriously. It was the prophets who proclaimed that the people were unrighteous and were heading for destruction. For this message they were persecuted.

After the Babylonian captivity, when Israel as a nation became zealous for the law, it is crucial that we see that this rebuke against Israel's leaders remained in force. Contemplate the New Testament: the Pharisees were the religious leaders in Israel, teaching the people to be good and pronouncing peace over them, yet they heard the same prophetic rebuke from John, Jesus and the apostles that the nation had heard from Jeremiah and the prophets. As with Isaiah and the prophets, so with the Jesus and the apostles: everything has to do with the law of Moses. "Because they have cast away the law of the Lord, and despised the word of the Holy One of Israel, therefore the anger of the Lord is kindled against His people, and He has stretched forth His hand against them, and has smitten them: and the hills did tremble, and their carcasses were torn in the midst of the streets. For all this His anger is not turned away, but His hand is stretched out still." (Is. 5:24-25) God punishes His covenant people Israel because they have cast away His law. The Sinaitic covenant functions like this: if they keep the law God will bless them; but if they do not keep the law, God will curse them with famine, pestilence and sword. God's hand is stretched out in judgment against Israel because they fail to keep the law. The looming question is: how long will God's hand be stretched out in judgment against them? When will His hand of judgment be withdrawn, and His hand of blessing be extended? The answer is clear: the moment Israel stops casting away the law of the Lord. The Pharisees read these things, and in their day they thought they were listening to the law of God and leading the people in the way of the commandments. They thought they were righteous by their works, and they refused to hear John, Jesus and the apostles who preached to them that "no flesh shall be justified by the law!" (Matt. 5:20, 21:32, Rom. 2:1-25, 3:9-10) Clearly, even after Israel sought righteousness by the works of the law (Rom. 10:3) God's hand remained stretched out against them. The destruction of the Jerusalem in 70 AD by the Romans was no less a judgment from God than the city's destruction under Nebuchadnezzar. Though the nation's spiritual condition appeared to be different on the surface, according to Christ and the apostles it was exactly the same. Israel still was not listening to the law of the Lord.

What does it mean to listen to the law of the Lord? How can we embrace and accept the law, even though it is clearly impossible to fulfill it by our works? The answer is: by seeing the law for what it really is, accepting its perfect standard, acknowledging our personal guilt, and by turning away from it as the way of justification unto Christ crucified for our justification. This is the purpose of the law, and only when we acknowledge this are we not "casting away the law of the Lord", and not "despising the word of the Holy One of Israel". Only then are we, in a special sense, observing the law, and only then will God's hand of judgment be withdrawn, and His hand of blessing be extended. This is what the prophetic writings are all about, and they are exactly in tune with the New Testament (and vice versa).

To be sure, Moses and Jesus serve different functions. The law came by Moses; grace and truth came by Jesus Christ (John 1:17). Yet they both were faithful in what God sent them to do. Moses serves to show us the true standard of righteousness required to enter into the kingdom of heaven, and to show us our sin and our need for Christ in light of that standard. Jesus came into the world to serve us by giving His life upon the cross as a sacrifice for our sins. His gracious salvation is the remedy for our unrighteousness problem. Moses makes us thirsty, and Christ offers us the water of life freely, received by all who believe. Moses exposed our unrighteousness and Christ covers us with divine righteousness; but we would never accept the latter unless we saw the former. Moses and Jesus are different, but they are not enemies. They work together, and are embraced together. As Christ Himself said about Moses: "If ye believe not his writings, how shall ye believe my words?" (John 5:47)
Posted by Eli at 6:34 PM