Calvin on the Pastoral Value of God's Providence 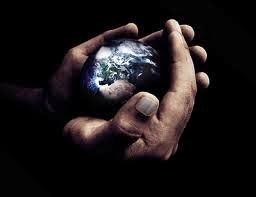 This is a beautiful and powerful passage in John Calvin's Institutes of the Christian Religion, in which brother John paints a sobering picture of the world if God wasn't in control versus the world in which He is. To Calvin, the fact that God was in control of all things wasn't a cold, hard doctrine that one needed to swallow painfully, but a wonderful, comforting truth to be embraced and enjoyed by reverent (pious) minds. This is, most of all, a doctrine of incalculable pastoral value.

"Here we are forcibly reminded of the inestimable felicity of a pious mind. Innumerable are the ills which beset human life, and present death in as many different forms. Not to go beyond ourselves, since the body is a receptacle, nay the nurse, of a thousand diseases, a man cannot move without carrying along with him many forms of destruction. His life is in a manner interwoven with death. For what else can be said where heat and cold bring equal danger? Then, in what direction soever you turn, all surrounding objects not only may do harm, but almost openly threaten and seem to present immediate death. Go on board a ship, you are but a plank’s breadth from death. Mount a horse, the stumbling of a foot endangers your life. Walk along the streets, every tile upon the roofs is a source of danger. If a sharp instrument is in your own hand, or that of a friend, the possible harm is manifest. All the savage beasts you see are so many beings armed for your destruction. Even within a high walled garden, where everything ministers to delight, a serpent will sometimes lurk. Your house, constantly exposed to fire, threatens you with poverty by day, with destruction by night. Your fields, subject to hail, mildew, drought, and other injuries, denounce barrenness, and thereby famine. I say nothing of poison, treachery, robbery, some of which beset us at home, others follow us abroad. Amid these perils, must not man be very miserable, as one who, more dead than alive, with difficulty draws an anxious and feeble breath, just as if a drawn sword were constantly suspended over his neck? It may be said that these things happen seldom, at least not always, or to all, certainly never all at once. I admit it; but since we are reminded by the example of others, that they may also happen to us, and that our life is not an exception any more than theirs, it is impossible not to fear and dread as if they were to befall us. What can you imagine more grievous than such trepidation? Add that there is something like an insult to God when it is said, that man, the noblest of the creatures, stands exposed to every blind and random stroke of fortune. Here, however, we were only referring to the misery which man should feel, were he placed under the dominion of chance.

But when once the light of Divine Providence has illumined the believer’s soul, he is relieved and set free, not only from the extreme fear and anxiety which formerly oppressed him, but from all care. For as he justly shudders at the idea of chance, so he can confidently commit himself to God. This, I say, is his comfort, that his heavenly Father so embraces all things under his power—so governs them at will by his nod—so regulates them by his wisdom, that nothing takes place save according to his appointment; that received into his favour, and entrusted to the care of his angels neither fire, nor water, nor sword, can do him harm, except in so far as God their master is pleased to permit. For thus sings the Psalm, “Surely he shall deliver thee from the snare of the fowler, and from the noisome pestilence. He shall cover thee with his feathers, and under his wings shalt thou trust; his truth shall be thy shield and buckler. Thou shalt not be afraid for the terror by night; nor for the arrow that flieth by day; nor for the pestilence that walketh in darkness; nor for the destruction that wasteth at noonday” &c. (Ps. 91:2-6). Hence the exulting confidence of the saints, “The Lord is on my side; I will not fear: what can man do unto me? The Lord taketh my part with them that help me.” “Though an host should encamp against me, my heart shall not fear.” “Yea, though I walk through the valley of the shadow of death, I will fear no evil.” (Ps. 118:6; 27:3; 23:4)."