Homosexuality: What Does God Have to Say? 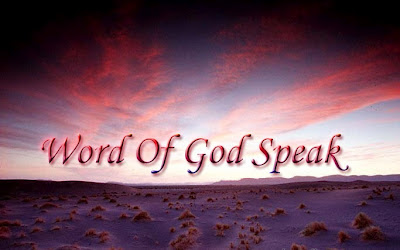 Here is love, vast as the ocean; lovingkindness as a flood,
When the Prince of Life, our ransom, shed for us His precious blood.
Who, His love, will not remember? Who can cease to sing His praise?
He can never be forgotten throughout heavens eternal days.
On the mount of crucifixion fountains opened deep and wide,
Through the floodgates of God's mercy flowed a vast and gracious tide;
Grace and love like mighty rivers, poured incessant from above;
And heaven's peace and perfect justice, kissed a guilty world in love.

Let us learn the lessons of the cross. To all sinners everywhere: God loves you! Because of your sins you have incurred great wrath, but greater still is the grace of the Father for you. Look to Jesus Christ, and there you will see the Father’s redeeming love and unfathomable righteousness. He will not let anything go unjudged, and yet you can be saved! Oh what a mystery! Trust yourself to God to save you from God. Who but He can save you from Himself? "There is no God else beside me; a just God and a Savior; there is none beside me. Look unto me, and be ye saved, all the ends of the earth: for I am God, and there is none else." (Isaiah 45:21-22) Simply believe in Him, and be forgiven and saved forever.

Such is the awesome good news for homosexuals everywhere as it is in the Bible. Homosexuality is indeed sinful, but you do not need to stop being a homosexual in order to be saved; otherwise we would have to be consistent and say that you would have to stop being sinful entirely in order to be saved, which is impossible. We are not to arbitrarily draw lines and say that this sin or that sin must be stopped in order to qualify for God's grace. All sin is equally damnable in God’s sight, and therefore if we had to qualify for grace we would never obtain it, and moreover, grace would cease to be grace! Grace is receiving something that you do not work for nor deserve (Romans 4:4-5). It is the unmerited favor of God. If you have to be worthy of it, then it isn’t grace anymore.

So rather than be hypocrites and judge one another, we should rather build one another up in the grace of the Father. The Bible shows us that the grace of God not only saves our souls, but it also teaches us how to live in this life as people of grace. We are not saved by what we do, but what we do as Christians is inspired by the salvation we received through Christ. "For the grace of God that brings salvation has appeared to all men, teaching us that, denying ungodliness and worldly lusts, we should live soberly, righteously and godly in this present world; looking for that blessed hope, and the glorious appearing of our great God and our Savior, Jesus Christ, who gave Himself for us, that He might redeem us from all iniquity, and purify unto Himself a special people, zealous for good works." (Titus 2:11-14) Thus the only appropriate response to the amazing salvation which we received from the Father is to seek to live our lives in a manner that is pleasing to Him. It is not that He will take salvation back from us if we don't; it is a matter of loving the Father because He first loved us. God's love for us is unconditional and unrelenting. But such wondrous love inspires within us a love for Him: how can we not fall in love with our God, who gave Himself for us? (If we do not, we are simply insensitive and do not know love when we see it!) When we love someone, we desire to do what pleases them. Since sin is displeasing to God, and was condemned at the cross, it is only right to put it away. We should be motivated, not out of fear, but out of love, and love is a powerful motivator. Let us remember that the Father will never take His grace away from us. Even when we sin as Christians, "there is no condemnation for those who are in Christ Jesus." (Romans 8:1)

Therefore homosexuals who have believed in Jesus Christ should, out of love for God, and in the light of the grace of God, turn away from homosexuality. There is a new life to be lived. They should join the rest of the Christian community in together seeking to put away sin and to learn holiness and sanctification of heart and body. "For this is the will of God, even your sanctification, that you should abstain from sexual immorality; that every one of you should know how to possess his vessel in sanctification and honor." (1 Thessalonians 4:3-4) This is the Father's will for His beloved children, and He will faithfully work in them both to will and to do according to His good pleasure. The Christian community is also there to help and love each another in the process. We are all sinners saved by grace, and many have gone through the same struggles. The Church is not a group of perfect people; just a group of forgiven people who know the Father and love Him and each other all because of grace. Because of grace, no one needs to hide anymore but may come into the light and experience real joy and peace in Jesus Christ!

It is vitally important that Christians begin to share the good news of salvation and new life with homosexuals, and stop judging them as if they were worse sinners than others. None of us stand before God by anything other than grace, and God only forgives any of us because of His Son. We need to learn to see people through the eyes of Christ, and realize that Christ is for the homosexual, not against them. He loves them and does not want them to perish, and salvation is extended to them the same way it is extended to us all: freely. Failure to see people this way sadly results in turning them away from the Father due to misrepresentation.

A word to homosexuals: Even though, to God, the pro-homosexual cause is sinful and should not be fought, there is hope and salvation for you in Jesus Christ. You do not need to find your identity in homosexuality; indeed you will not find it there. Discover your true identity as one who is created in God's image, who, though fallen by sin, is loved and redeemed by your Father in heaven. You do not need to throw your life away because you are a homosexual: you have a glorious hope and a future in Jesus Christ! God loves you so much! We can rejoice together in the truth that the Lord God Almighty loves us sinners and has done an amazing work of reconciliation through His Son at the cross. We can have peace knowing our sins are forgiven. We can have joy knowing that we have eternal life forever. And there is abundant life to be lived with God right now, lived in His amazing grace, as well as eternal life in the hereafter! All this is the free gift of the Father to you through Christ. This is definitely good news! Good news for all men, including homosexuals. You can receive this new life today. If you are still uncertain, ask questions and investigate the things I have written about. Read the words of Jesus and find out about this amazing salvation through God's grace. You will be surprised at what you find.

For the wages of sin is death, but the gift of God is eternal life through Jesus Christ our Lord." (Romans 6:23)
Posted by Eli at 12:22 AM

Well spoken Eli. Not an easy topic to capture (I've been thinking about it for a long time), but you've done a really good job of explaining both sides here. Christians fear people attacking the Bible and their faith and Homosexuals fear people attacking their identity. You've also defused the hot button marriage debate by side-stepping it to get to the more important truths about sin and salvation. You have also highlighted the failure of the church to love homosexuals and all sinners really, telling them to get cleaned up before they come in. We as the Church have a lot of clean up ahead of us to correct this notion. More gospel, that's all I can say, more good news.