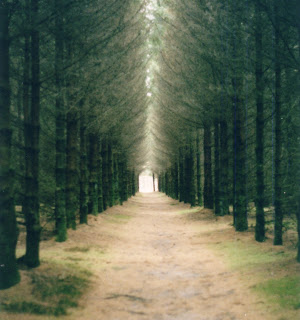 "There is one body, and one Spirit, even as ye are called in one hope of your calling; One Lord, one faith, one baptism, One God and Father of all." - Ephesians 4:4-6

Today, it is often said concerning various religious convictions that such are all "faiths". We hear it said, "the Muslim faith" or the "Jewish faith", or "the Baptist faith", but this type of thinking is not accurate. There are not many faiths, just as there are not many Christs nor many gods, and here is why: Faith fixes itself upon the truth, and without the truth faith cannot exist, therefore, just as the nature of truth is exclusive and singular, so also the nature of faith is exclusive and singular. There is one faith, and everything else besides that is speculation, opinion and belief, not grounded in the truth.

Let us examine this wonderful faith! The Bible says that faith is something precious (2 Peter 1:1) and as rare as gold (1 Peter 1:7). It is the one thing that can please God (Hebrews 11:6) and without faith all else is sin (Romans 14:23). It is most holy (Jude 1:20) and we are told to contend for it (Jude 1:3). By faith we overcome the world (1 John 5:4), and through faith we glorify God (Romans 4:20). What is faith, that it is given so much prominence? What kind of a heavenly gift is this? What inestimable value! This is not an ordinary object, but a rare and precious treasure.

Let us look at faith in action. "Abraham believed God." (Romans 4:3) Here we see faith in it's truest and perfect sense. One night, God showed Abraham the stars and promised him that as innumerable as the stars were in the sky, so shall his offspring be. But let's suppose Abraham had replied, "Yes God, I believe you! As innumerable as the stars are in the sky, so shall Lot's offspring be!" Or, "Yes God, I believe you! My offspring shall be as numerous as the fingers on my hand!" What? Would that be faith? No! Abraham may have believed his own speculations, but he would not of had any faith; for faith is believing God, what God has said, nothing less and nothing more. In this way, only faith glorifies God, for faith says, "You are God. What you declare is true. I believe you, and bow my knee to your Lordship." That is what faith says, and that is how faith glorifies God.

The most important thing God has said is that which He has said by the Gospel of His Son:

"For God so loved the world, that he gave his only begotten Son, that whosoever believeth in him should not perish, but have everlasting life." (John 3:16)

"But now once in the end of the world hath he appeared to put away sin by the sacrifice of Himself." (Hebrews 9:26)

"But to him that worketh not, but believeth on him that justifieth the ungodly, his faith is counted for righteousness." (Romans 4:5)

The Gospel of Jesus Christ has been declared loudly and clearly, and this is what God has said: All men have sinned and deserve wrath for their wicked deeds, yet all can be made right with God freely by the sacrifice of Christ on the cross. Eternal life is the gift of God which you cannot earn, it has already been purchased by the death and resurrection of Jesus Christ. Receive this life by faith, without works, and you will never perish; but if you try and offer to God your works rather than trust fully in the offering which was already made, Christ will profit you nothing. This is what God has said. Salvation is found in Jesus Christ alone, by grace, through faith, and not of works.

Do as many good deeds as you may, but without faith "it is impossible to please God." (Hebrews 11:6) Pluck out your eyes, cut of your hands and give all your money to charity, but "whatsoever is not of faith is sin" (Romans 14:23), and "all your righteousnesses are as filthy rags." (Isaiah 64:6) Any attempt to please, approach, satisfy, or even believe God apart from His spoken word is as blasphemous as pulling Him off the throne and erecting an image upon it of your own likeness. If faith glorifies God, then unbelief assassinates Him (albeit in vain). Unbelief says, "No God, I will not believe you. You are a liar. I will believe whatever I choose to believe; I refuse to glorify you as God."

Once we rightly define faith, then we can understand man's dire condition as described by God in Psalm 14 and restated in Romans 1-3: "There is none righteous, no, not one. There is none that understandeth, there is none that seeketh after God. They are all gone out of the way, they are together become unprofitable; there is none that doeth good, no, not one." Men are fallen and everything about them is ruined by unbelief. Jesus said of the Holy Spirit, "When he is come, he will reprove the world of sin, and of righteousness, and of judgment: of sin, because they believe not on me." (John 16:8-9) The world refuses to glorify God by not believing in Christ, and persists in doing things their own way.

By this, also, we understand Galatians 3:12, where it says that "the law is not of faith." This Scripture used to confuse me before God brought me into this understanding about faith. For I thought, "How is it that the law is not of faith? Don't you have to believe that keeping the law is the right thing to do?" The answer came loud and clear: Ah, but belief is not faith; nor was the law given for righteousness. As long as you are trying to fulfill the law you are not believing Me, but a hopeless vanity, for I have said that righteousness comes not by the law but by faith in the blood of My Son Jesus Christ. "But Israel, which followed after the law of righteousness, hath not attained to the law of righteousness. Wherefore? Because they sought it not by faith, but as it were by the works of the law. For they stumbled at that stumblingstone; As it is written, Behold, I lay in Zion a stumblingstone and rock of offense: and whosoever believeth on him shall not be ashamed." (Romans 9:31-33)

There is one faith, and that faith is "the faith of the Son of God", without which no one man can glorify God, and without which no man can be right with God. Belief is general, but faith is specific. By way of analogy, an electric appliance is dead until it plugs into a specific source. You are the appliance, God is the electricity, Christ is the outlet, and faith is the cord. You can try to plug into whatever else all day long, but there will be no power and you will still be dead until you plug into the prescribed electric outlet (Christ). Faith in Christ, who died for sins, once for all, and rose again, is the only way to be righteous before God. God has spoken. Christ alone saves. Believe on Him and you will not be ashamed.

Do you have this one faith? It is most precious and rare. It is specific; it lays hold on Christ; it glorifies God. You are blessed if you do! But dear reader, if you do not... if you are still attempting to keep the law thinking that this will obtain your salvation... or if you are chasing after others gods and practices... you have only belief, which is as common as grass... it is impotent opinion; it does not regard God's word; it believes what it wills; it blasphemes God. Whatsoever is not of faith is sin, unbelief, and everything evil.
Posted by Eli at 2:44 PM

Thank you for that insight, Eli. The appliance illustration helped me to see what you were writing, and it is true that faith in Jesus is the sufficient hope we have. Let us not try to earn grace, or add to grace; let us simply look to Jesus and trust that He wipes us 'as white as snow.'

When you are in the south again, you should take a trip through some Florida campuses! Maybe in the future, Lord willing

A good sharing on faith. Appreciated it. Margie