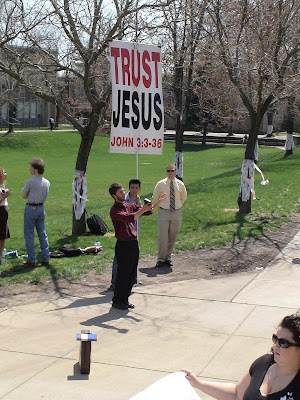 While we were in the New Jersey area, we drove to Montclair State University to minister for a day. It was an interesting time; we drew a relatively large crowd which at first became very unruly and unreasonable, but later they calmed down and the meeting was civil and constructive. 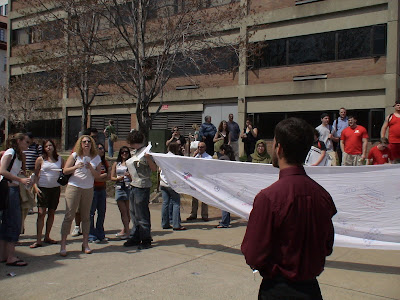 Early in the day, students brought out large banners and even wall dividers to try and block out the Word of God from their campus. 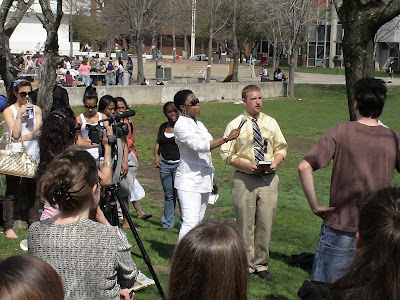 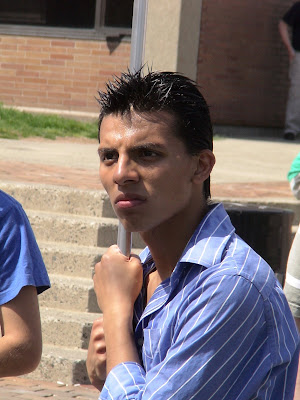 Brother Jonathan from Ramapo joined us in Montclair.

Bless the Lord that the Word of God went forth on this campus. May God give the increase and may many souls be saved from this wicked and adulterous generation.

"Cry aloud, spare not, lift up thy voice like a trumpet, and show my people their transgression, and the house of Jacob their sins." (Isaiah 58:1) 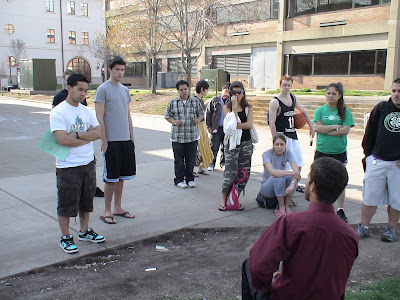