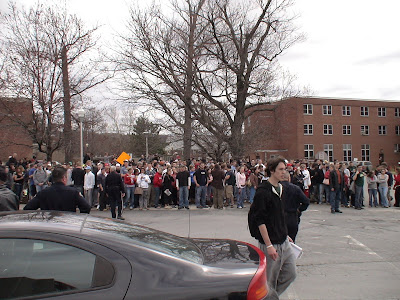 Our time spent in Pennsylvania was close to outrageous. After Kutztown we traveled the Repent America team to East Stroudsburg University and a similar riot took place once again. Hundreds of students rallied in protest and the police had a difficult time keeping traffic clear. Here are some pictures from the riot: 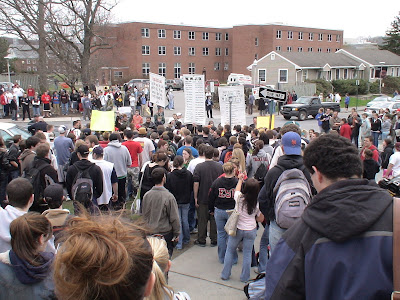 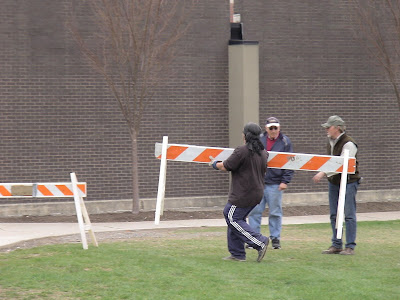 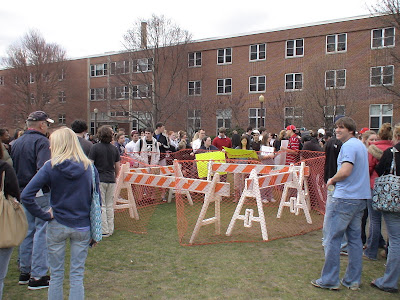 They were actually going to have us stand inside a hastily made barricade to preach, but later decided to relocate us once again to the farthest side of the field. The police ordered us to stop everything for an hour before we were allowed to start again. There was so much bedlam it took some time for things to quiet down, but when Miles began to preach there was still a large crowd who gathered about him. Special police forces stood guard the entire rest of the day.

Needless to say, we were not too upset about leaving Pennsylvania.
Posted by Eli at 9:00 PM