The Incarnation of Christ 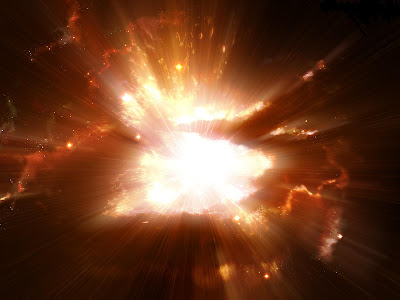 God Almighty is supreme above of all things. The totality of His essence knows no man. He is the Alpha and the Omega; neither reproduced nor reproducible, neither mimicked nor matched, for there is none like Him in heaven, nor in earth, nor under the earth. His glory consumes all earthly glory and His beauty eclipses all carnal beauty. His righteousness is the standard of all righteousness, and by His sovereign judgments is the nature of justice understood. The knowledge which He possesses is not subject to boundary, for He Himself is the basis of all knowledge. There is neither word nor words that can perfectly describe who He is though all human languages were to collectively try and define His infinite Being. Therefore He has providentially declared Himself that title: I AM THAT I AM, and also: JESUS, that name that is above every name; and we wonder in awe.

It is a profound mystery, then, that the Lord of glory should become a man; a divine oddity that the Immortal should be clothed in flesh. Who can grasp its implications? We fumble within our inadequate understanding, but oh the majesty of even our lean knowledge of the incarnation of God; the first great exploit of our Lord and Savior, Jesus Christ.

It is necessary in our learning about the redemptive work of Christ to begin with the very first act of divine grace shown towards men, an act which occurred outside the realm of carnal experience… unseen by men, yes, unseen by angels as well… before the heavens and the earth were spoken into existence; in that state of timelessness, when all that was, was God. A decision was made by the One who sees the end from the beginning: for before the foundation of the world, God, knowing the outcome of rebellious creation, knowing the fall of Satan, knowing the deception of Eve, knowing the sin of Adam, knowing the murder of Abel; God, knowing the sin of Ham, knowing the tower of Babel, knowing the evil of Sodom and Gomorrah: God, knowing and approving that the wages of sin is death, chose before the foundation of the world to reconcile fallen man back to Himself by His own death on the cross at Calvary. “The Lamb slain from the foundation of the world.” (Revelation 13:8) Oh, what glory! Christ, with the costliness of creation laid bare before Him… He, being entirely justified in 1) sentencing those wicked, abominable, guilty criminals to the damnation they so rightly deserve, or in 2) not creating the world at all, but casting aside such an unsuccessful conception; God, out of the unfathomable greatness and riches of His love chose yet another option: to redeem those miserable sinners again unto Himself, for nothing but Himself, and by none other than Himself.

On what grounds then? Human worthiness? No! But by sheer grace did He save us. At what cost? By His own precious body and blood. “Forasmuch as ye know that ye were not redeemed with corruptible things, as silver and gold… But with the precious blood of Christ, as of a lamb without blemish and without spot: Who verily was foreordained before the foundation of the world, but was manifest in these last times for you.” (1 Peter 1:18-20)

Oh, the wisdom of God! What natural man would make such an investment? “Hath not God made foolish the wisdom of this world?” (1 Corinthians 1:20) How Jesus did count the cost of redemption; how He knew what was required for the souls of men! Our Lord steadfastly set His face to go to Jerusalem long before His triumphal entry. Can you see Him saying to His Father: “Yes, I am willing”? What love and determination of Christ! What an Alpha! He resolved to be our sacrifice from before the world began. Yes, truly all Heaven declares: Worthy is the Lamb.


THE MAJESTY OF CHRIST’S HUMILITY

“Who, being in the form of God, thought it not robbery to be equal with God: But made himself of no reputation, and took upon him the form of a servant, and was made in the likeness of men: And being found in fashion as a man, he humbled himself, and became obedient unto death, even the death of the cross.” (Philippians 2:6-8)

Now here we find a most magnificent peculiarity: that the Son, being the very form of God and having endless glory, power and honor with His Father before the world began, thought it not robbery to be equal with God, but made Himself of no reputation and took upon Him the form of a servant. But what does it mean, that He made Himself of no reputation? Why, it is answered in the following text, “And was made in the likeness of men.” Imagine! The likeness of men being equated without reputation? This is a difficult medicine for the pride of man to swallow, but Scripture tells us that He was made “a little lower than the angels.” (Hebrews 2:9) And not only was He made lower than the angels, into the restrictive flesh of weak and mortal man, but after being found in the fashion of man, He furthermore “humbled Himself”! What? Should not the infinite God, when compressed into the confines of a finite body, receive praise and glory and worship from His very own handiwork? Should not the creatures fall at the incarnate feet of the their King and Creator, the Lord of glory? But look! We find our beloved Savior washing the feet of the very ones who pierced His feet; we see Jesus pinned upon the tree while His own creation mocks the very One who gave them the breath to do it! We hear our God cry, “I thirst!”, and the One who causes the rain to fall on the just and the unjust is offered vinegar to sate His burning tongue! Vile treachery! Brazen mutiny! But oh, our Lord did so willingly… He "opened not His mouth…" (Isaiah 53:7), “Who, when He was reviled, reviled not again; when He suffered, He threatened not...” (1 Peter 2:23), for “He was led as a sheep to the slaughter.” (Acts 8:32) It is here that the beauty of God is manifested. In Christ’s humility we see His majesty.

“He that is least among you all, the same shall be great.” (Luke 9:48) What glory, then, in the Immortal humbling Himself in this fashion! What an example! What a sacrifice! How contrary to human wisdom. Even the disciples of our Lord imagined the Messiah would come as a conquering warrior and establish the kingdom of Israel by force. What an antithesis that He should be born in a cattle stall, unto a carpenter’s occupation, unknown for most of His life, to finally appear riding into Jerusalem on a donkey, and lastly to be rejected, scorned and beaten, hung naked upon a cross, numbered with the transgressors and surrendered over to a borrowed grave. Oh, the humility of Jesus that makes the great men of earth as nothing; their strength as weakness; their wisdom as foolishness; their riches as dung.

"To wit, that God was in Christ, reconciling the world unto Himself." (2 Corinthians 5:19)

It was needful for us that Christ should come and save us. Oh, where would we be without that blessed incarnation, had Christ chosen not to condescend upon our sinful plane?

In lovingkindness Jesus came
My soul in mercy to reclaim,
And from the depths of sin and shame
Through grace He lifted me.
Praise God! The proof of God’s love toward men is Jesus Christ in the flesh. He is the overwhelming evidence of God’s love! “For God so loved the world that He gave His only begotten Son…” (John 3:16) It is not solely the death of Christ that reveals God’s great love for us, no, but from every direction that we look upon Jesus we shall see the love of God resplendent. Oh, the love of God! “That ye may be able to comprehend with all the saints what is the breadth, and length, and depth, and height.” (Ephesians 3:18) It was the unfailing, unrelenting, indomitable, undeserved love of God that sent Christ into the world to save sinners.

Hallelujah to the incarnate Son of God!
Posted by Eli at 4:18 PM

Greatings Eli:
I've just read your post-Christmas updates today; I have been blessed by them as usual and as usual I am moved by the same spirit that moves you to do these great things for God. You and I both know that this is what God has called you to this year; I will pray that when you are discouraged, you will be reminded that this is indeed your calling and that your work and sacrifice is pleasing to our God. I am sorry we did not meet up again over Christmas to minister with each other, responsibilities got in the way. Take care and God be with you.
Your brother in Christ, Ryan

This is Micah Peterson from French Village. I think I went to school with you and I heard recently that you are a Christian! If you are ever in Moncton, please give me and my wife Katie a shout on our blog and maybe we can connect. God Bless! Micah