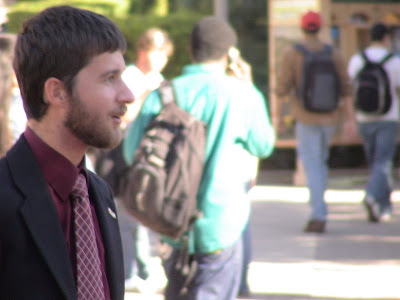 UCLA was the last campus we preached at before flying home for Christmas. I originally did not publish a report on this outreach because of time, but thought I'd now put up some pictures and say a few comments about it. We drew some of the biggest crowds here at one of the most well-known schools in the country. Crowds got to be as large as 200, and yet remained very calm and civil. I preached only the last day because of the stitches in my lip from a few days earlier (See Ministry Update: Four Stitches in Upper Lip). Miles and Evan did a great job regardless. 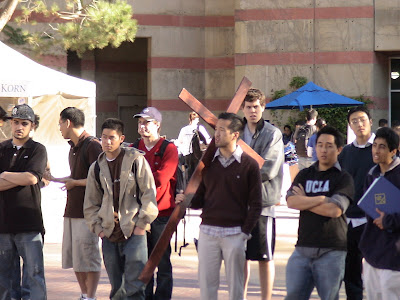 This is Jaeson Mah, a Christian brother from campus who came out and gave his life's testimony to the crowd. The response was phenomenal! 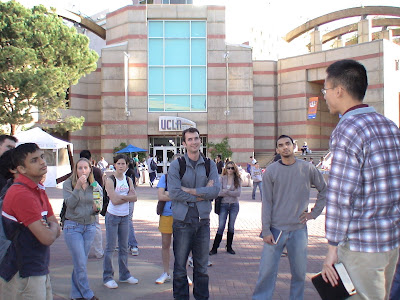 Evan drew in great crowds almost everyday. On the third day of ministry while Miles was preaching, a wild student who was out of his right mind disturbed the meeting with threatenings and course behavior. I was not even preaching, but wound up getting hit in the face again... that's twice in one week, can you believe it? The police arrested him yet he was still trying to fight them too. It was awful. All this happened in front of hundreds of students, but I think it really sobered everyone up to the Gospel. 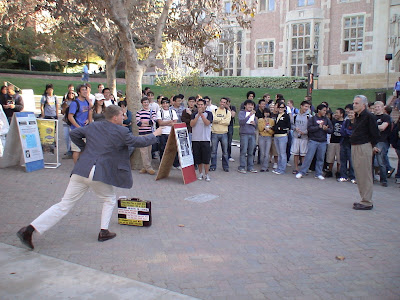 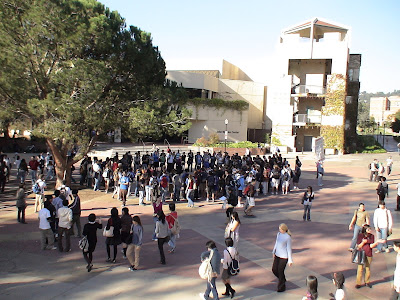 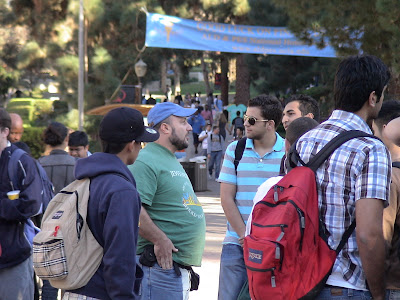 Brother Ceril from Jews for Jesus. It was awesome to fellowship with him during our time at UCLA.

I preached the last day with a cut lip and a swollen jaw, but praise God for His super-abundant grace and the sufficiency of His Spirit! UCLA was quite an experience which I'm sure none of us will forget. The Lord bless you saints,
-Eli 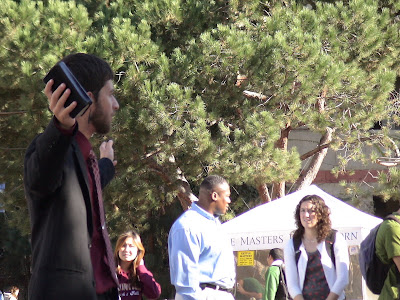