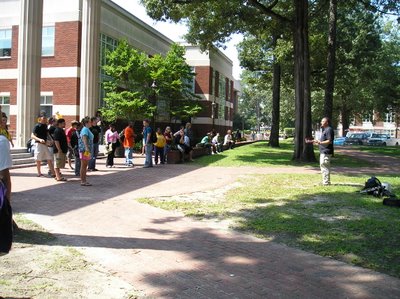 We met up with Rev. Kerrigan Skelley from the Great News Network in Greeneville North Carolina and preached together with him on the ECU campus for the day. Brother Kerrigan is shown above; he started the meeting and was already in the midst of preaching when we arrived. The meeting we had that day began rather rowdy: a man from the crowd ran up and grabbed one of our Bibles; running off with it he tore it to pieces, throwing the contents into the air. 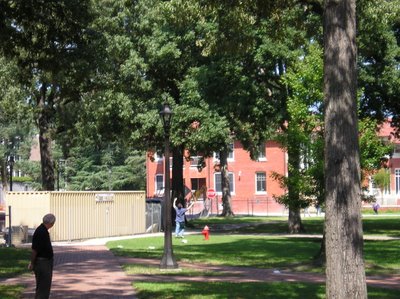 The remains of the Bible: 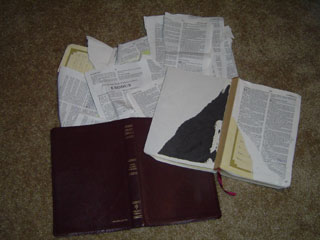 During the meeting, as Evan was preaching, an angry listener approached and attacked him, but the police (who were there) immediately intervened and took him swiftly aside. The photo below was taken just seconds beforehand: 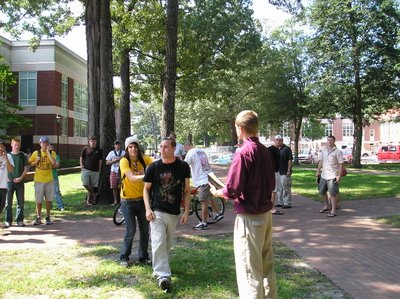 However, as the meeting went on, things calmed down and Miles and I were able to speak to the students reasonably and rationally, declaring forth the Word of God with authority and gentleness. 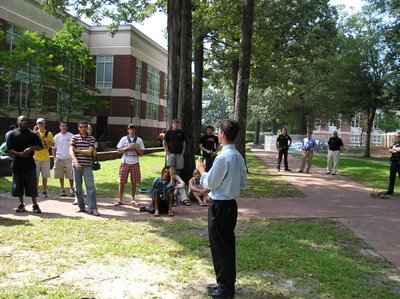 Blessings dear friends. Please keep us in your prayers, that we would speak boldly as we ought, with all wisdom and grace, and that student's ears and hearts would be open to receive the engrafted Word which is able to save their souls. Glory to Jesus! Miss you all.
Posted by Eli at 9:28 PM