Then the Churches had Rest 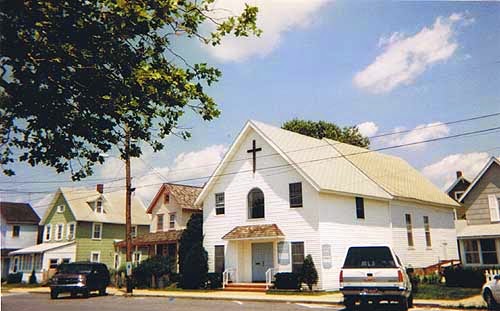 "Then had the churches rest throughout all Judaea and Galilee and Samaria, and were edified; and walking in the fear of the Lord, and in the comfort of the Holy Ghost, were multiplied." - Acts 9:31


In the book of the Acts of the Apostles, the man who violently persecuted the Body of Christ (throwing them in prison and overseeing their death sentences), Saul of Tarsus, was miraculously apprehended and changed by an encounter with the Lord Jesus on the road to Damascus, as recorded in the ninth chapter. Saul then began to preach and teach in various cities, and later was introduced to the twelve apostles in Jerusalem, whom he spent much time with "coming in and going out" as we see in verse 28.

We can talk much about the result of this transformation in Saul's life, but what of the implications this conversion had on the corporate Body of Christ at that time? We come to our text in the 31st verse: "Then had the churches rest..." And rest they had indeed, though not for long; until the fires of persecution were re-kindled in chapter 12, when king Herod killed James the brother of John by the sword.

It is interesting to note, in verse 31, the advantage which accompanies this rest that the Church experiences. We see that the believers were edified. Meaning, they took that opportune time of rest to grow in faith and love with one another (2 Thessalonians 1:3), to be built up as Christians (Jude 1:20), to strengthen that which was weak (Hebrews 12:12), to practice those things which they had learned (Philippians 4:9), etc. The key to this verse is the following line: "...walking in the fear of the Lord, and in the comfort of the Holy Ghost..." The result of all this was the multiplication of those being saved.

We can draw a parallel between the circumstance of the early Church and the circumstance of the Western Church today. Namely, that we, like those believers in Judea, Samaria and Galilee, are experiencing a time of rest from persecution, from which we may worship the Lord in peace and safety. The question is: are we also being edified and multiplying?

There are two possible outcomes to rest. The first is edification, the second is deterioration. One stems from the fear of God, the other from careless complacency. One results from the comfort of the Holy Spirit, the other from the pursuit of comfort through other things. One harvests converts, the other yields nothing. It is vital that we recognize which outcome is resulting from our present time of rest: edification or deterioration?
Posted by Eli at 2:14 PM

Amen Eli! I've been reading proverbs lately and it seems that the fear of the Lord is the key to everything. Thanks for this post and your hard work and for edifying us with these wonderful verses! God Bless man! I know that this is certainly a time of rest and I want to use my time wisely!

This is excellent brother. Let us pray for preachers and teachers of churches that God will so burden them to deliver passionate messages of repentance and the necessity to pray and seek after Christ wholeheartedly.

Right on, bro'. Somebody needs the umption to stand up and challenge this church and this generation to - pardon me - get off their butts and shake off our complacent stagnation.